You wouldn’t recognize Carlos Alazraqui at the checkout line, but you probably know his voice: It’s the bark behind Taco Bell’s talking Chihuahua, the pooch that delivers the “Yo quiero Taco Bell” punch line.

The ads are so popular that the Mexican fast-food chain made nearly two dozen of them last year. Alazraqui’s five-year contract pays him more than $100,000 a year, but the 36-year-old actor has loftier goals using his newfound celebrity to land on-screen roles: “I don’t mind being known as the Taco Bell dog guy, but that’s not all I want to do.”
Alazraqui had better be content with his doggy dinero.  At best, high-profile voice-over work seems to lead to, well, more voice-over work.

Elwood Edwards, the source of America Online’s chipper “You’ve got mail,” is now a star among his neighbors in Orrville, Ohio (pop. 7,955). The local fame has given the 49-year-old voice-over veteran the chance to do more local radio and TV ads.

Lorraine Nelson would settle for that. Nelson, 44, has provided the helpful voice “invalid entry” on Lucent Technologies’ Audix voice mail systems since 1986. Lucent estimates that Americans hear her voice 100 million times a day. But Nelson isn’t paid based on exposure. Instead, she gets a little more than scale ($333 for the first hour of taping, $97.50 for each successive half-hour) and doesn’t get residuals. “I’m not getting rich on this,” Nelson says. “I’m getting by.”

Then there’s J. Russell Leatherman, who generates the bombastic “Mr. MovieFone” voice for the listing and ticketing service. Leatherman’s hourly rate? Zilch. But Leatherman is getting by. As president of MovieFone, Leatherman takes home a six-figure salary. And the deal MovieFone struck last month to sell out to America Online values his 3.1% stake in the company at between $4.6 million and $6.2 million. 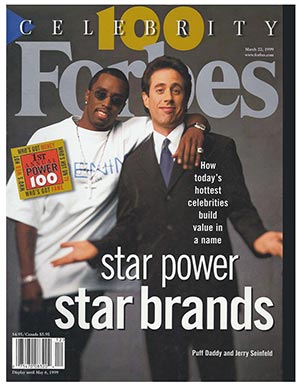 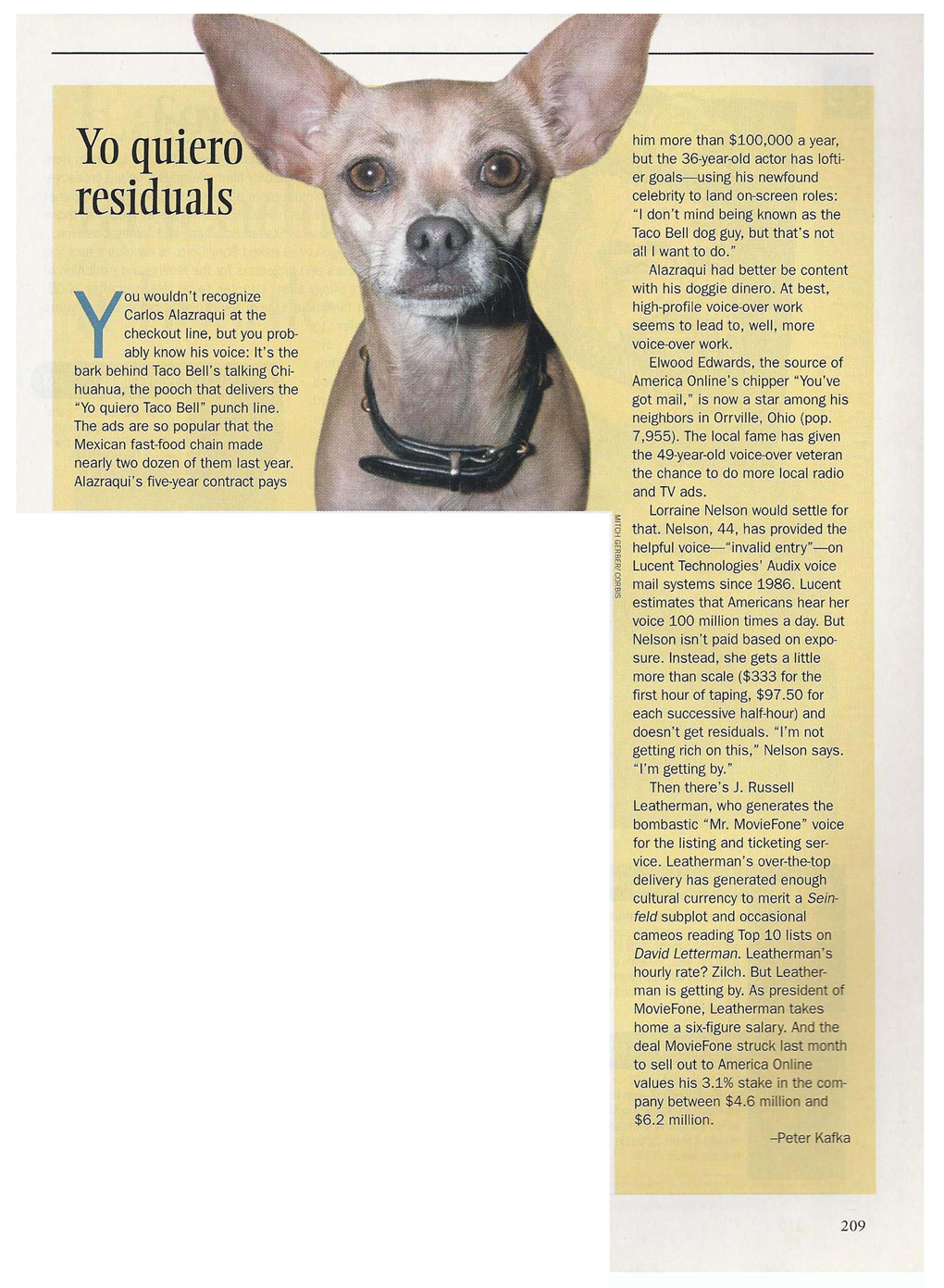